By Beth Huppin. Beth is the Director of JFS Project Kavod/Dignity, the Jewish education program at JFS. She has enjoyed teaching Judaics to children and adults of all ages in both formal and informal settings for over 30 years. She is the recipient of a 2010 National Covenant Award for Excellence in Jewish Education.

Jewish tradition is profoundly dedicated to justice as the foundation of a healthy society. I haven’t seen anything in the Torah or Rabbinic texts about rules for democracy, but there are endless instructions and discussions regarding a fair legal system. Our tradition understands that societies fall apart without a trustworthy system of justice.

For example, in a famous teaching (Mishna Sanhedrin 5:4) the witness in a capital case is admonished to be honest and reminded that the fate of an infinitely valuable human life rests on their testimony. The most well-known section of this Mishna says that the witness is told:

But there is another version of this text and that version adds an extra word: “B’yisrael,” / Jewish. It says: 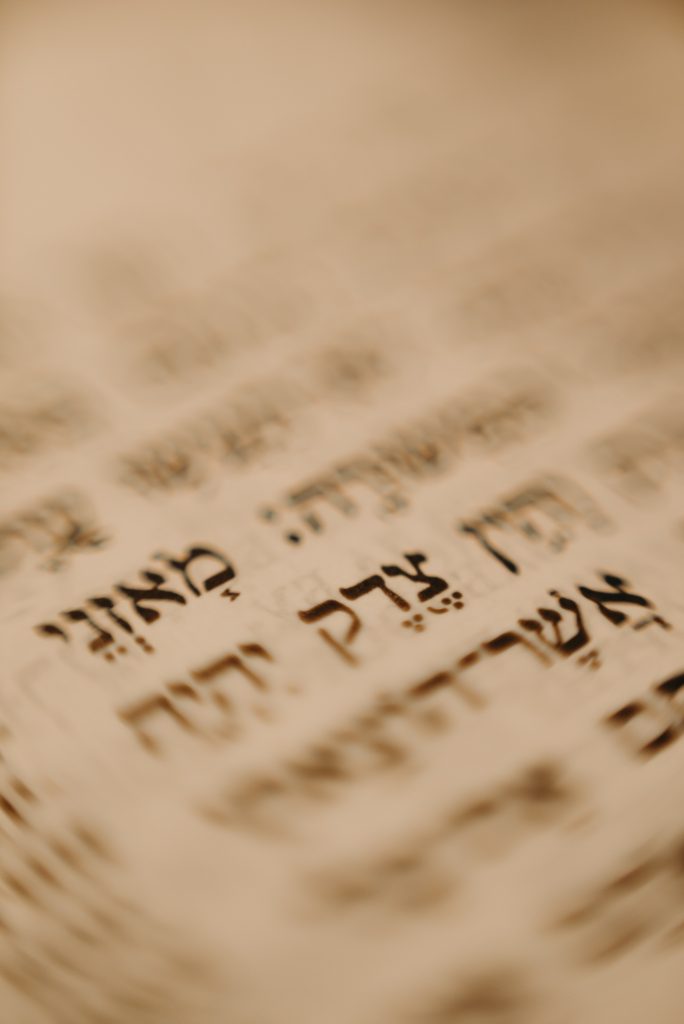 I always felt that it was important to share that second version in order to refute those who understand this text as a message of Jewish exceptionalism. I teach that the word B’Yisrael/Jewish cannot be in the original text. If you read this Mishna closely you see that the biblical proof texts come from the stories of the creation of Adam and Eve and from Cain’s murder of Abel. These Biblical characters weren’t Jewish.  When the world was created there were not yet any distinctions between people.  Clearly the original teaching highlights the value of every human life, not the exclusive superiority of Jewish life. Is it possible that the later addition of the word B’Yisrael/Jewish was written with some other idea in mind?

A recent teaching by Rabbi Tali Adler pushed me to see this Mishna in a new light. In her teaching she acknowledges that numerous Jewish texts make us uncomfortable.  She points specifically to liturgical texts like “Shfoch Chamatcha/Pour Out Your Wrath” in our Passover Haggadah, in which we quote biblical verses calling for the complete annihilation of our enemies.

In America today, where generally Jews feel supported by our non-Jewish neighbors, and where our justice system condemns those who murder Jews, reading these texts of Jewish exceptionalism and obliteration of others feels deeply problematic and uncomfortable.

But Rabbi Adler reminds us that there have been many times in Jewish history when Jewish lives were seen by the surrounding culture as cheap, when Jewish blood was spilled with abandon. She writes regarding these difficult texts:

“And so our ancestors cried out for justice, justice that, in its purest form, would have demanded the images we now abhor.”

As I read her piece, I was reminded that there were times in Jewish history when people in surrounding cultures didn’t think that saving a Jewish life was equivalent to saving a world, when destroying a Jewish life was done for sport. Maybe adding the word “B’Yisrael/Jewish” to our text wasn’t intended to show our exceptionalism, but rather to express our pain and to remind ourselves and the world that Jewish lives have infinite value, too.

Some dismiss or even erase uncomfortable texts, but it is not the goal of Jewish education to help us feel comfortable. Today, we need to confront and wrestle with these texts, and not only with the important goal of refuting the idea of Jewish exceptionalism. We need to remember the context in which some of these troubling texts most likely developed. And, as Rabbi Adler wrote, we need:

…to remember, today, that while we might no longer viscerally feel the holy rage of the oppressed, the least our sacred texts demand of us is that we remember it, recognize it, and honor it when we see it. God forgive us if we forget.

Jewish values guide JFS as our staff members consistently strive to bring healing and comfort to individuals within our community. Their holy work is crucial, but it isn’t enough. May our tradition push us all to recognize sources of holy rage in our society, training us all to listen, and learn, and do the painstaking work necessary to create a just society for all citizens.

For more from JFS Jewish educator Beth Huppin, join us for a new, special online learning series called “Senseless Hatred” that takes place July 15, 22 and 29 at lunchtime. This three-week class precedes the Jewish holiday of Tisha B’Av, the day in which Jews remember the destruction of the Temple in Jerusalem, and will examine texts related to Tisha B’Av to help us understand and heal our society today. Please register here. We hope to see you there!